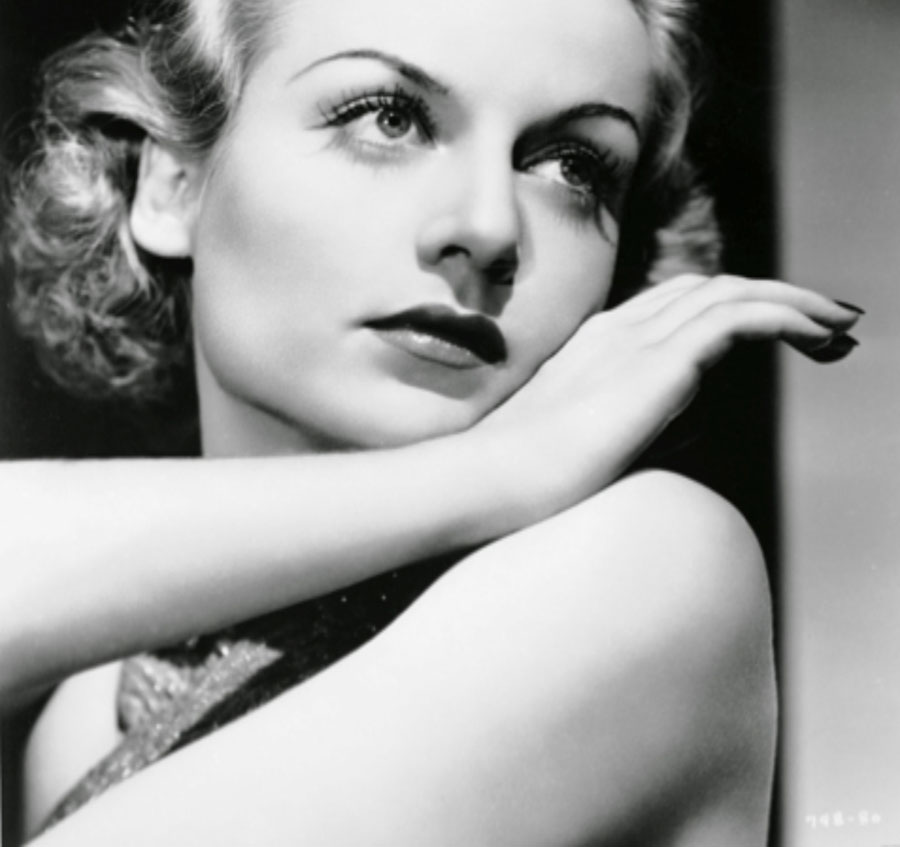 The gradual emancipation of women through the 1920s brought with it independence of action, and there is no bolder way to express the femininity than with makeup. By the beginning of the decade the 1930s woman’s makeup look was becoming much more refined.

The art of women’s makeup took off in strides during the 1930s with the help of Hollywood glamour and new rage of full colour fashion magazines like Photoplay that featured regular beauty guides like of the stars and makeup gurus like Max Factor who personally worked with some of the biggest stars of the period.

The heavy kohl eye was gone and came in the pencil thin eyebrows that were one standout feature of the 1930s and in some cases women had their eyebrows plucked away entirely and had to paint in their brows every morning. They all have a certain look and the clear thing they all shared was the pencil thin eyebrow. If we have a look at the early 30’s to the beautiful women who graced the screen like Myrna Loy, Greta Garbo, Mae West, Jean Harlow, Constance Bennett and of course the unforgettable Carol Lombard we can see the common eyebrow shape. Eye shadows colours like blue, bright violet, green, brown, and orchid become more pear shaped with sweeping lines outwards to enlarge the eye and cream eye shadows began to appear from the big cosmetic names like Max Factor who also launched the decade with his Lip Gloss and latter in 1937 with Pancake water soluble makeup. Lipstick sales were very high and there wasn’t a magazine on a stall that didn’t have a pounding face staring back advertising the lipsticks of names like Coty, Tangee and Max Factor .Lip makeup replaced the bow look of the previous decade with a finer and thinned out horizontal shape, with a little extra on the upper lip in the evenings for that Rosebud effect. Popular lipstick colour included dark reds, maroons and raspberry to tones.

Mascara was now a necessity in a makeup kit, cake or bar with a brush to apply and the fashionable application techniques concentrated on the upper eyelash, leaving the lower untouched.

Adopted from the theatrical makeup sticks, the eye liner pencil was traced from the tear duct with an upturned triangle effect widening an adding further feminine emphasis to the face.

Hollywood influenced a more refined and glamorous look with pale ivory foundations and a pinkish hue, but the tanned look was gradually coming in and foundations for skin which helped to give that sun-kissed look that was popularized by Coco Chanel and start to become more widely acceptable.

Later on in the decade, Max Factor released their most popular product yet, the Pan –Cake face makeup, which was mixed with water and dried to a powder finish, replacing the heavy powders and greasepaints until 1940s , when more moisturizing and less drying formulas were released. Powders also were becoming more popular now that the women needed their face to remain glamorous throughout the day.

Cream or powder rouge on pale pinks was in demand and covered much of the cheek and also more understudied compare to the previous decade.

In 1930s wavy hair, curls, ringlets , everything with locks and twists was the most fashion styles.Women either with long or short hair preferred styling with curls to have a softer and delicate look.

The 30’s bore witness to a rather ingenious nail coloring phenomenon.Rather than continually waste expensive nail polish on touching up chips and cracks, women applied nail polish only to the lower parts of their nails.The half moon shape at the tip of the nail was left bare and the popular colors were ruby red, pale pink, peach and cream.

The ‘’boyish’’ look of 20’s fashion for women was completely gone by 1933, was replaced with a much more modest and form fitted style with an accentuated natural high waist, fitted hips, longer mid-calf or floor lenght hemline, high neckline and wide shoulders.

Women usually wore gloves outside the house.The gloves would have to mach their shoes and handbags, for day time ususly had to be short not to pas the wrist and could be made of cloth or leather. Evening grown frequently require appropriate elbow length gloves. 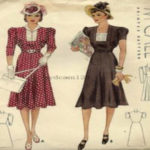 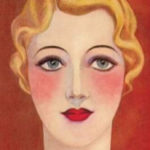 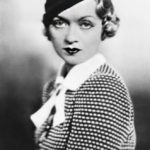 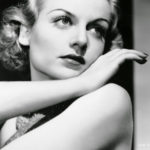