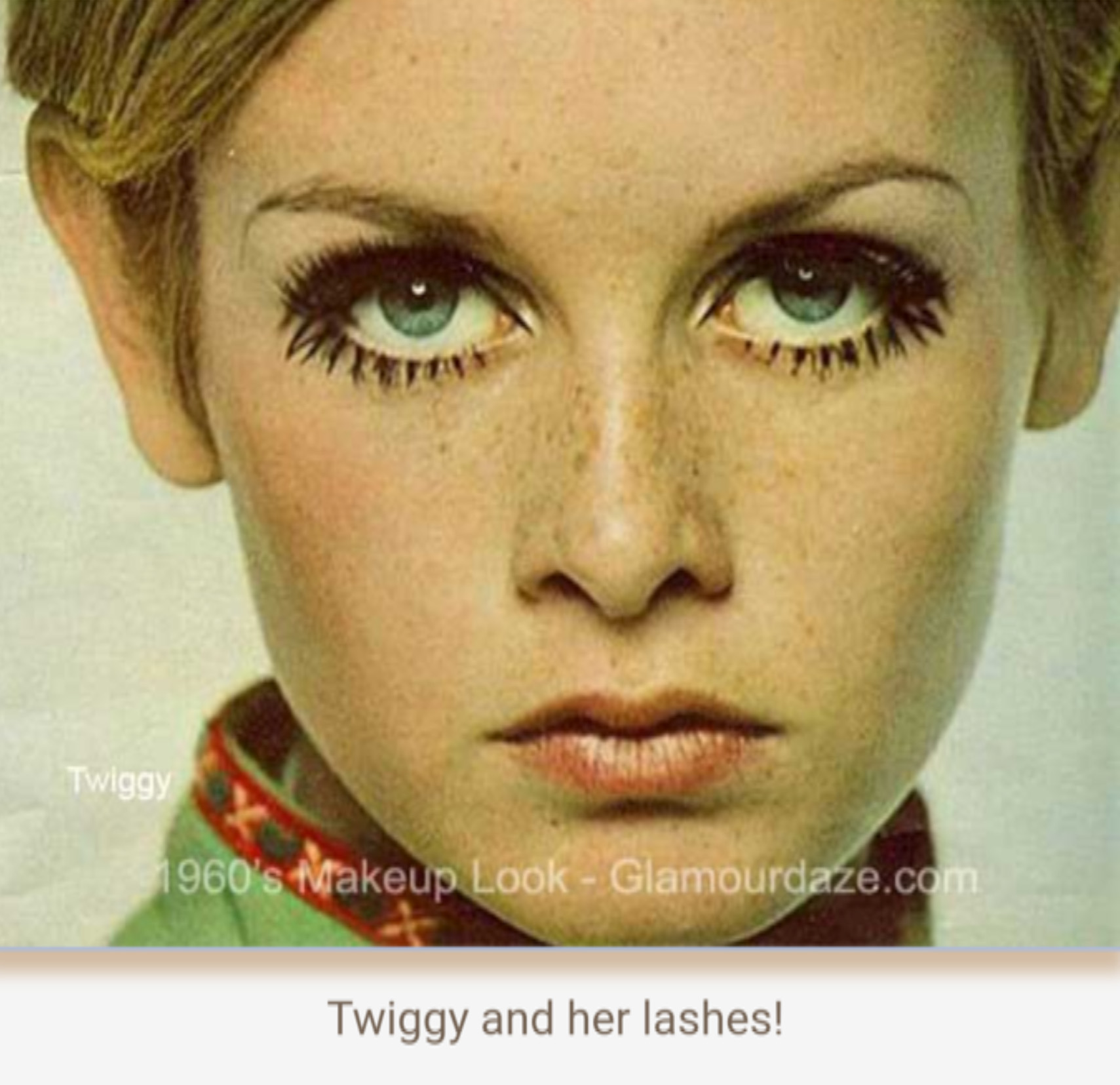 The London fashion explosion brought with it the ‘’London Look’’ and a revolution in hairstyling , makeup and all eyes turned to the fashionable scenes of Carnaby Street and Portobello Road in London.

Iconic models of 60’s like Twiggy and Jean Shrimpton were modelling their make up products under the banner of London Look so the women had experienced a whole new lease of life.English model Pattie Boyd wrote a letter from London column in the American teen magazine 16 and they all fallowed her beauty and hair tutorial.

The feminist movement re-emerged in the 60’s and was primarily focused on equality for all and the end of discrimination .Some feminist viewed makeup as objectifying women as sex objects and wore very little’ others embraced makeup and wore like a badge of honour.

There were three distinct looks in the 1960s, the classic,the mod and the hippy.The Mod look is the cosmetic look most remenberd from this beauty era.

The Mod look peaked between early 1960 and mid 1967, loved the bold geometric patterns and black and white spilled over into the white eye shadow and black crease look, as exemplified by the 1960s modelTwiggy on the cover of many magazines.

Later in the 60’s the hippie culture made its mark with a taste for more natural faces and products, though face and body painting, synonymous with the ‘’flower power’’movement, was a riot of colour.

The eyes were definitely the focus of the 60’s face, women used heavy dark mascara and false eyelashes that were made particularly popular by Twiggy, on a daily basis.Eyeliner was the most important makeup tool, liner was doubled up at the end of the lid and with eyeliner was used on the inner part of the eye to draw attention to the lashes .Eye shadow shades were pale for a daytime look but in the evenings lush primary shades like blue and green were in vogue.

Foundation and powder were still used, though not all over the face, foundation was also applied to lips to lend a neutral look, which drew attention back to the dramatic eyes. Blush was lightly applied to cheeks in pastel colours like corals pinks and peach. The trend of applying blusher to more than just the cheeks started in about 1963, and was meant to create a natural glow to the face. A swoosh of colour was added to temples, the hair line and under the jaw to add warmth and subtle definition. Blushers came in a variety of formulations including cream in a tube or pot, solid cakes and a cream that was applied with a damp sponge.

Lips shades were pale, favourite shades included pale pink, coral, beige pink nudes, light red and even white for the true Mod look, which did not compete with the 1960s eye. Traditional lipsticks were mainly matte {Vaseline could be used to add a sheen if wanted}, though there were lipsticks designed to create a sheen.

Vidal Sassoon transformed women’s hairdressing taking the humble bob and reinventing it to suit mood of the decade. Hairdressers have always developed new hairstyles and influenced hair fashions. The new decade welcome the voluminous beehive, created by a Chicago- based hairdresser, followed by the advent of sharp, short crops by Vidal Sassoon, the hairdresser star of the 60’s.The beehive is one of the enduring symbol of the early 60’s and was worn by famous stars like Dusty Springfield , Audrey Hepburn and Bridgette Bardot.

Fake hair was the big hair accessory of the 60’s and was worn openly. Wing and hairpieces were made of real hair and could be used to create a top knot or other styles.

The 60’s had many varieties in fashion from mini dresses to ‘’space look’’ with trouser suits, white boots, goggles, and box-shapes dresses.

In the early years the fashion icon was Jackie Kennedy with her perfectly white pearls and tailored suit dresses, by the middle of the decade super model Twiggy had women freeing their minds and bodies into clothing that didn’t require any extra thought or effort, from modest to ‘’there is no such thing as too short’’.

Fashion for youth was the whole idea of return to youth that drove most of the fashion in the 60’s, over size collars, bow and shapeless mini dresses .How short the dress was was a sign of how confident the women’s felt, the jumper dress invention style immediately made a 20 year old look 10, with prints inspired by the pop art and modern art movements, checkerboard, stripes, polka dots were all dress details that made women look like little girl’s dolls. 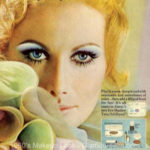 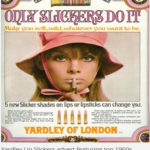 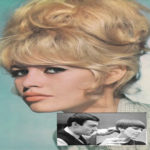 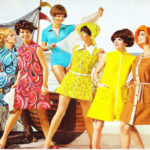